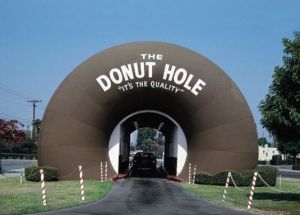 For instance, Otto Kernberg said he was very troubled by the fact that he couldn’t catch the exact definition of Lacanian concepts. He said it was changing all the time. And you can imagine dear Otto – he reads French – reading Lacan looking for the Name-of-the-Father, looking fr the signifier, and he wants the definition, and he doesn’t come across one definition, he comes across a plurality of definitions, he comes across contradictory definitions, and he’s always lost in Lacan. It’s very difficult to make sense with those constantly shifting meanings of the concepts of Lacan. So Otto – perhaps because he was called Otto, I mean perhaps because he was of German descent – Prussians, we know, want very rigid definitions – but that’s a part of the American soul if I may say. I always remember Kernberg telling me, when I was giving a talk in New York – the only talk I gave to the IPA, in New York, in ’85, I was much younger – when I finished he said in a question he was asking me, ‘but, affects are fifty percent of psychical life’. How could he measure fifty percent of psychical life? But that was Otto. He wanted clear-cut definitions. And that’s one part of what America wants – very definite knowledge, usable, and with numbers.

3 thoughts on “Kernberg and the American Soul”