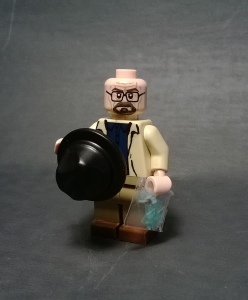 In psychoanalysis, the effect of language and of the Other is to produce a cut, a division in a subject. There are many ways in which this subjective division can be organised, and perhaps the most famous of these, in psychoanalysis, at least, is hysteria. Hysteria can be understood as a subset of neurosis, which is to say, it is an effect of primary repression. Freud, in the case of the Ratman, indicates that obsessional neurosis is a ‘dialect’ of hysteria, and Lacan develops this further, moving the obsessional away from the phenomenology of obsessions and compulsions, and toward a structural position. Here, I would like to outline some of the predominant features of this structural position using the series Breaking Bad. The protagonist of this series, Walter White is in many (though not all) ways an exemplary obsessional subject. END_OF_DOCUMENT_TOKEN_TO_BE_REPLACED

I recently had occasion to re-read Freud’s case of the Ratman, and was struck by a passage in which Freud attempts to educate his obsessional neurotic patient in the underlying principles of psychoanalysis: END_OF_DOCUMENT_TOKEN_TO_BE_REPLACED