Skip to primary content
Skip to secondary content
Read more: Brief notes after a conference on general madness and our times

If one were to critique the wild sociopolitical diagnoses of certain Lacanians, it sounds as if one is critiquing a straw man: We are leaving the age of the father. The efficacy of the entire symbolic order is in question, including metaphor and metonymy. Subjects now are without lineage, and there are only ‘parents-all-alone, children-all-alone’. The problem is that these are all either direct quotes, or accurate paraphrases. The social theories of the analysts are themselves made of straw, before one even gets to the critique of such theories.

The Name-of-the-Father is only operative if installed via ‘tradition’, according to Lacan, and since all that is solid melts, etc, the Name-of-the-Father is conceptually defunct. Except that this understanding of ‘tradition’ is temporal rather than structural, and suggests that any change in a society would produce foreclosure. Instead, in structural terms, ‘tradition’ can be defined as that which has a place in the symbolic order, that which can be registered in the field of the Other. At the level of institutions (but not necessarily bodies) it’s the accretion of signifiers, not just a chronology.

The idiotic, ‘structuralist’ Lacan who is used as a foil to the clever, ‘late’ Lacan is another example of a straw man. The former paradigm, whatever its faults and limitations, never claimed that one could endlessly signify away one’s jouissance, or that matters of the body were matters of indifference. Lacan did imagine, briefly, that structuralism might furnish psychoanalysis with scientific foundations, but he changed his mind.

The ‘late’ teaching of Lacan is ambivalent in its tone toward psychoanalysis, and many-sided in its themes and positions. To give an exegesis of it is then to either stitch together an ill-fitting assemblage that somehow totalises everything – which nobody, to my knowledge, has ever done – or to subtract elements from the teaching in order to produce a consistency. If one is left with the latter, then we are in the realm of curatorial choices, which necessarily reflect the priorities and prejudices of the curator. The hyper-individualistic Lacan, the Lacan who wants to excavate meaning, are curatorial constructions as much, if not more than they are definitive summaries of the late seminars and writings. Yes, there are gestures to the limits of sense, but there are also gestures to the overdetermination of art and poetry. Poetry does not only evacuate meaning; it is also meaning squared.

In these decadent times, it is the fathers more than the children who suffer from Oedipal anxieties. This isn’t to say that the children are doing well.

It is true that one can make an analogy between (neurotic) fantasy and (psychotic) delusion and conclude that everyone is mad. Why not?

As a hypothesis, however, what the analytic procedure does with the fantasy is different to the delusion.

In fantasy, one begins with:

In analytic procedure, this eventually becomes:

See Freud’s paper, ‘A child is being beaten’, for more specific examples of this.

In delusion, at least, in my opinion, the links between elements will resist construction. In the place of each construction, there will instead be an ellipsis:

There are different views on what can be done with this ellipsis, but it remains an ellipsis all the same. Maybe some will find this distinction a little too cute.

We  can probably abandon any hope of finding harmony, stability, compatibility in a partner, etc, and, at most, aim for relatively liveable forms of disharmony, instability, incompatiblity. Making friends with one’s madness, if one can find a friendly version of it.

This is not my idea, but Ivan Karamazov’s maxim that if there is no god, then everything is permitted is, in essence a Christian (rather than atheist) slogan. By the same taken, the teenager who says that ‘When my parents are out of town, everything is permitted’ is not exactly demonstrating proof of independence. This is worth keeping in mind whenever listening to claims about a ‘mad’ society that is supposedly beyond the Law, lineage, paternity, metaphor, etc.

It is obvious that psychoanalytic theory and praxis requires, urgently, an analysis of its own social conditions, and equally obvious that it lacks the means for any such analysis. Hence, the wild sociological generalisations found above when analysts attempt to make proclamations about the ‘subjectivity of the times’. Moreover, the same analysts who I’m sure are perfectly adept at acknowledging their own subjective positions in the clinic seem blithely unaware that, in social matters, there is no view from nowhere, no omniscient third-person perspective. Get rid of this disavowal and one would also get rid of a good deal of bad theorising, boomerism and pearl-clutching. Then there is the question of the material conditions of psychoanalysis itself. If the analyst qua theorist is geriatric, wealthy, largely treats less established analysts, and never children or patients in and out of psychitric hospitals, they are likely no more qualified to opine on psychosis and society than any layperson.

In one sense, the presentation of clinical cases and testimonies of the pass provide endless research, because each always deals with singularity, endlessly. In another sense, however, if the cases and testimonies that are presented never call existing theory into question – not by direct critique necessarily, but merely by pointing to a lack here or there – then the presentations start to look like an ideological exercise, mimesis of a house style. Or, at the very least, they constitute a very limited mode of ‘research’, at best something like Kuhn’s ‘normal science’; at worst, a discourse of the university with a disavowal of the transferential relations at stake therein. Beyond all of the expansive readings of the university discourse, it comes down to a relation of discipline through discipleship.

‘In Seminar VII, the real is far from the symbolic’. At the level of the heterogeneity of the respective registers, yes. But in their structural relations, doesn’t everything in Seminar VII point to their intimacy?

As Nestor Braunstein puts it in his book on jouissance, one does not need to establish an order of primacy between jouissance and the word. Each implies the other. The point of inaccessibility, das Ding, is called into being by the symbolic order.

The following was presentation at the Lacan Circle of Australia’s Cartel Presentation Day on 13/11/21. The theme of the cartel was Lacan’s Seminar XXIV.

END_OF_DOCUMENT_TOKEN_TO_BE_REPLACED

In Cognitive Behaviour Therapy (CBT) discourse is reduced to data, and this data is further submitted to the Aristotlesque requirement of non-contradiction, albeit, without any Aristotelian depth of intellect.

Consequently, cognitivism and CBT affirm the existence of an unconscious, but this unconscious is entirely continuous with the conscious. It’s more of the same, more or less. Contrast this with the Freudo-Lacanian unconscious, which is disruptive, punctual, discontinuous, and structurally incapable of completion.

It’s no coincidence that CBT first arose when cognitivism was displacing the increasingly-discredited behaviourism from the laboratory (though not yet the clinic, in the Anglosphere at least). This was the age of Festinger’s cognitive dissonance, in which, like good Aristotelians, the subject abhors contradiction. Since contemporary CBT reaffirms a data-based, continuous unconscious, Festinger’s ideas fester still. Show the subject that his suffering arises from the faulty conviction that he always bungles his relationships/work/studies – show him the contrary evidence, the errors in his logic – and he will be obliged, by way of contradiction, to renounce his conviction, and thereby eliminate his suffering.

It was not until the era of neoliberalism that these Aristotelian outtakes reigned supreme over the clinic, for reasons that I have attempted to explicate elsewhere, but which are largely economic and biopolitical in character.

At the heart of the adventures of Freud and Lacan is the proposition that, in at least a thousand different ways, human subjects, divided as they are, exist in permanent, structural contradiction. There are so many examples of this in the centuries that preceded them that I would say that Freud and Lacan merely articulated and formalised, rather than discovered this fact. My experience is that it is common knowledge amongst the uneducated, and that perhaps the educated have some catching-up to do.

The clinical work of psychoanalysis cannot, on this basis, be oriented toward either completeness or consistency, if one means by this the overcoming of contradiction. Repression, disavowal, denial, foreclosure, the law of the exception, the law of the not-all are but some of the psychoanalytically-articulated responses to contradiction. After Gödel,he who trades consistency for completeness deserves neither.

But let us suppose that the psychoanalytic premises are wrong, and that the cognitivists are really as evidence-based as they say. In principle, the latter would be able to work with a subject to produce an image of perfect consistency, with the offending data eliminated. The outcome would resemble nothing so much as the most brittle paranoid delusion. The subject attains an image of coherence with all that is unassimilated sent packing, much line a refugee ship at Australia’s borders. This is the best case scenario for treatment by CBT principles, and we need only look at the outcome of excessive Facebook consumption to see what befalls those who cannot live in contradiction.

The following was presented at a study day of the Lacan Circle of Australia on 16/3/19.

END_OF_DOCUMENT_TOKEN_TO_BE_REPLACED 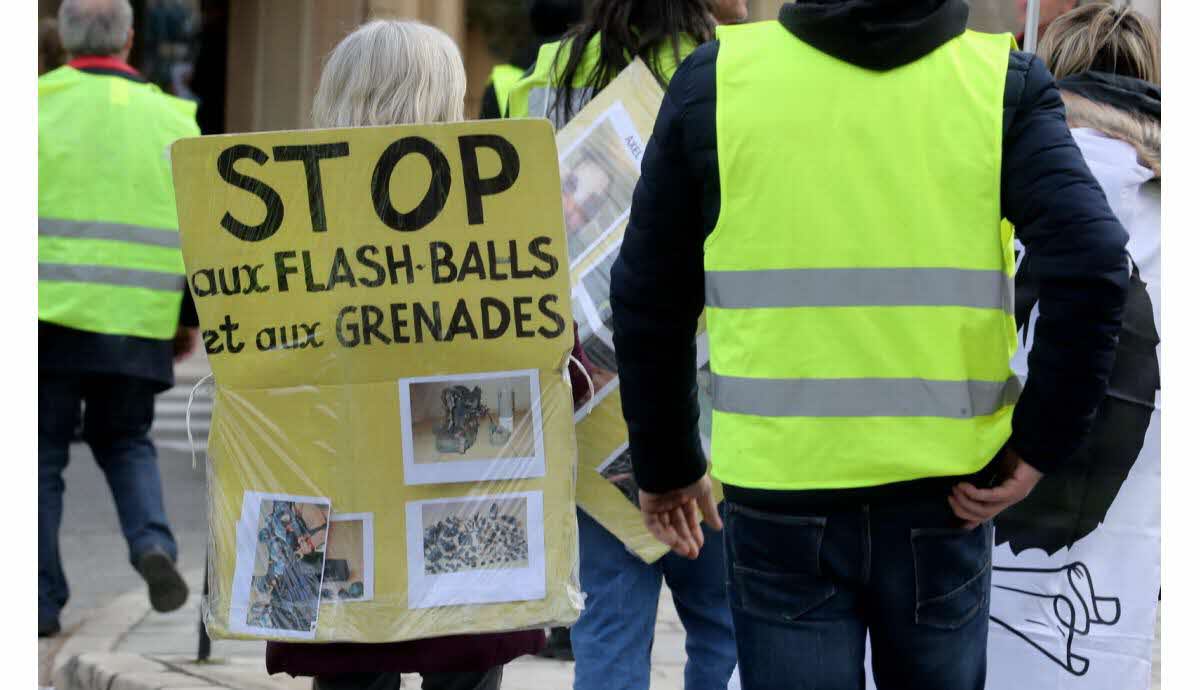 END_OF_DOCUMENT_TOKEN_TO_BE_REPLACED

Back in 2014, I posted a series of essays critiquing cognitive behaviour therapy (CBT) in terms of its philosophical and ethical problems. The idea that I had at the time was to provide a rebuttal of CBT that was not from within the parameters of its own assumptions, but which examined CBT from first principles, and also in terms of its political positions. The data may supposedly be in support of CBT, I reasoned, but such data was largely irrelevant if it pertained to incoherent theories and concepts, and was used to prop up a series of coercive and unethical practices. There were many critiques of my articles, on Reddit, for instance (here is an example), though practically none of them attempted to defend the theory of CBT. Few people seem to seriously uphold CBT concepts, even among advocates of this approach. Rather, the main objection to an a priori critique of CBT was ‘evidence’, which clearly proves CBT to be the ‘industry gold standard’, at least for now. Since CBT ‘works’, principles – first, or otherwise – simply do not matter. END_OF_DOCUMENT_TOKEN_TO_BE_REPLACED

END_OF_DOCUMENT_TOKEN_TO_BE_REPLACED

Here is my latest, from the journal Psychoanalysis Lacan, to be found here.

END_OF_DOCUMENT_TOKEN_TO_BE_REPLACED

The following was presented as an introduction to the first chapter of Lacan’s Seminar 23 at the Lacan Circle of Melbourne, 18/2/2017: END_OF_DOCUMENT_TOKEN_TO_BE_REPLACED

Archives of a Divided Subject
Blog at WordPress.com.
Loading Comments...