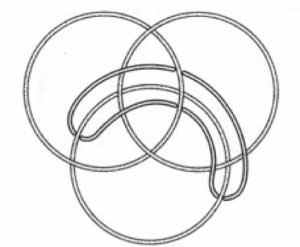 The following was presented as an introduction to the first chapter of Lacan’s Seminar 23 at the Lacan Circle of Melbourne, 18/2/2017: END_OF_DOCUMENT_TOKEN_TO_BE_REPLACED 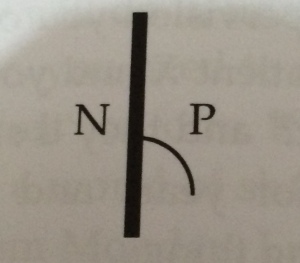 There are no shortage of psychoanalytic theories of psychosis. The Lacanian account of psychosis that derives from the 1950s – and which we may think of as ‘classical’, in Lacanian psychoanalysis – can be found best expressed in Seminar 3, and the paper entitled ‘On a question prior to any possible treatment of psychosis’ in the Écrits. To put it very simply, psychosis is conceived of as a structure, not a checklist of symptoms, or a particular phenomenological condition. Where neurosis is characterised by the fundamental operation of repression, and perversion by disavowal, in psychosis, foreclosure is paramount. To illustrate: in repression, signifiers and thoughts become unconscious. It is as if they were swept under a carpet; out of sight, but leaving a lump, nonetheless. In foreclosure, not only is the same material not swept under the carpet, but it is never admitted entry in the first place. This has ramifications for a subject’s entire place and function within the symbolic order (i.e. the order of discourse and law). It is as if a set of organising principles are lacking, at least, relative to those found in neurosis under repression. END_OF_DOCUMENT_TOKEN_TO_BE_REPLACED

Condition in which jouissance is localised in and reduced to a particular object. END_OF_DOCUMENT_TOKEN_TO_BE_REPLACED

I recently read a newly-translated text by Jacques-Alain Miller, entitled ‘Action of the Structure’, a translation of which can be found here. The essay has been translated as part of the Concept and Form project, which undertakes to publish seminal papers from the 1960s French journal, Cahiers Pour L’Analyse. (For those interested, the website is a great resource on this obscure chapter of French philosophy).